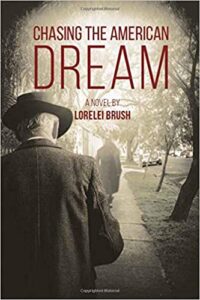 It’s 1955. David stands on the courthouse steps in Cleveland, buttoning his coat, when his gaze catches the martial stride of a passerby. He recoils. It’s Dr. Gerhardt Adler, a brutal ex-S.S. Major who David sent to Nuremburg shackled in the back of a U.S. Army jeep. Determined to discover what that war criminal is doing in the U.S., David reverts to the spy mode he mastered in OSS and pursues the Nazi.

Chasing the American Dream captures David’s quest for justice against those who committed crimes against humanity during World War II. It continues as a fight within the American judicial system to free himself to live the American Dream. David feels cheated by his role during the war, safe behind Allied lines, when he yearned to be a hero. Can this search for Adler realize that dream for him?

Lorelei Brush’s latest novel is available now from the publisher, Mascot Books, and can be preordered through Amazon, Barnes & Noble, or your local bookstore.

The Burden of Seeking Justice

A surprise recognition on a downtown street of a vicious brutal SS officer David arrested at the
end of WWII begins this wonderful well-researched book. The story of his and his family’s
sacrifices while seeking justice for his Jewish friend, Jacob, are compellingly and draw you in.
The book captures both the burden of seeking justice and also forgiving yourself for failures
(imagined or real).

They say those who don’t remember history are doomed to repeat it. This book made me think of
other times throughout history where right and wrong are blurred and bent in order to pursue a
particular goal without caring about the context or what the ramifications are. The best books are
those that make you ponder things long after you close the book. This is one of those!

While the novel’s excellent details will make you feel you’re in 1950s Cleveland, the topics feel
totally current—cancel culture, over-the-top press coverage, and government conspiracies. I
imagine it would provide terrific fodder for a book club conversation.

It’s a vivid story of the Red Scare, ongoing U.S. political decision-making processes and their
social impact, fears, and media, and the public’s responses, which mirror many recent events [in
2021] and modern times in general.

Like Kate Quinn’s The Alice Network and Kristin Hannah’s The Nightingale, this novel describes a poignant aftermath of World War II for its protagonist. In the case of David Svehla, the 1950’s offers him a chance encounter that just might satisfy his quest for heroism. However, his tracking of an SS officer in the U.S. leads not to heroism but to personal transformation. He shifts from frustration and anger at not being the hero of his dreams into forgiveness and understanding of his real-life heroism.

What Inspired Chasing the American Dream?

When I was a child, my father told lots of harrowing tales about his time in the OSS during WWII. Over and over, he described himself as a superhero fighting overwhelming odds. For example, he said that he had taken over the identity of a major in the German army, facing immense danger as he carried messages from unit to unit and secretly radioed them to the Allies. He said he was assigned the code name “Lorelei.” Since the name kept him safe behind enemy lines, my parents gave it to me. What a name to live up to!

Hoping to write a spy thriller about his daring-do, I spent six months in the National Archives tracing his assignments in the OSS. That was a very successful time of discovering his name on a variety of reports, right up to Eisenhower’s office. Except, every story he’d told my brother and me was a lie. Why did he feel the need to fill us with fantasies of what he had done?

My father spent the 1950’s angry. I wrote Chasing the American Dream to find a satisfactory path for such a man to come to terms with what life gave him, release his anger, and forgive himself for not being a classic hero. 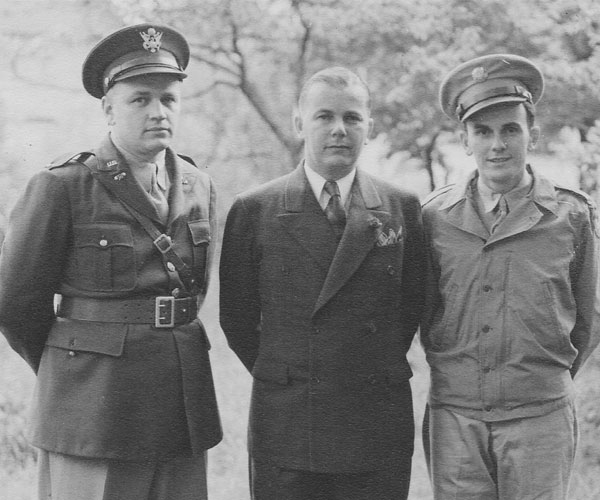