One of my readers asked if I intended to write a sequel to Uncovering. I don’t. So, she asked, “What happened to Shahnaz?” I thought it would be fun to speculate, given what I know and love about this character—and some of the others in the story.

First and foremost, Shahnaz remains committed to doing her utmost for the health of Kashmir’s mothers and babies. She continues to work for Peace (which is a fictitious non-governmental organization) or other NGOs in the area who sponsor and train Lady Health Workers and visit with women in their homes. Unfortunately, even now, 12 years after the setting of the book, there is a great deal of resistance to vaccination, and areas in Pakistan are at the top of the world’s list of outbreaks. All too frequently, people administering vaccines are killed. So far, Shahnaz is in good health, but she always travels with a team when the purpose of the visit is vaccinations.

Second, she and her husband Naseer agreed that she should have a full health workup with Dr. Humayan to uncover the reason for her multiple miscarriages. He started with a 2-D pelvic ultrasound and discovered that she had a septate uterus, one in which fibrous tissues divides the organ in two and there isn’t sufficient room for the placenta to grow. It took minor surgery (a hysteroscopy) for the doctor to remove the excess tissue, and not long after, she conceived and bore a son. Thirteen months later she had a daughter. And the couple decided two would be enough. 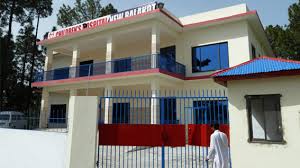 Third, life in their multigenerational home whirred on with joy. Noshaba loved having more babies to care for. This young woman, not quite liberated, happily watched over Shahnaz’s babies along with her own two daughters. Zainab and Riffat adored their young cousins, and the home was continuously alive with laughter and the antics of young children.

Between 2008, when Uncovering ended, and 2020, the household has changed in a number of ways. With Maryam, Shahnaz, Naseer, and Jamil working, the younger siblings could finish school and the house was repaired from the earthquake. Nooran, the eldest of Naseer’s sisters, finished medical school in Muzaffarabad and transferred to a hospital in Islamabad for her residency in anesthesiology. She fell in love with a fellow medical student, and when they appealed to Maryam and Naseer for permission to marry, it was readily . Soon after, mother and eldest son found a young woman for Jamil to wed, and this couple, too, settled in Islamabad as Jamil found work at a bank that allowed him a good salary to set up his own household. Sadia, the second sister, became a primary school teacher. She married a cousin and lived not far from her family’s home. Rizwana, the youngest of the girls, is still in a Master’s program in biology. It’s not yet clear where this will lead her. She is content to live at home. And then there is Qadir. More than ever, he spends his time writing poetry. He’s had several arguments with Naseer about this. The now-eldest brother believes every male must earn money, so Qadir is also writing periodic articles for several news outlets, some online, and sneaking in his days of poetry-writing whenever he can.

I’m sorry to say that Rabia’s marriage has not worked out particularly well. She and her husband did move to London, which initially made her very happy. But her ambitious husband often left her at home, and she did come to miss having her family around. Her Ammi and Abu visit every year or so, generally after each new baby. So far, there are three. Shahnaz has yet to make the trip, but she conscientiously speaks to Rabia on the phone once a week.

The elder generation is aging gracefully. Maryam has finished her books under that 2008 contract and has decided to try retirement for a bit. Shahnaz’s mother and father, now retired, have moved to Muzaffarabad and may often be found playing with their grandchildren.

I hope you’ve enjoyed this trip into the characters’ future. I’ve been taking walks each day of this COVID-19 pandemic, often thinking about my characters and what I want to have happen for them: a life not without its issues but one that is generally contented and often very happy.