Perhaps the most important question I’ve been asked about my books concerns my first novel, Uncovering. In it I wrote about a Muslim protagonist living in a multi-generational home in a religiously conservative area of northwest Pakistan. Along with all those people questioning the appropriateness of Jeanine Cummins writing American Dirt, I was asked why I thought it was all right for me, a white, Christian woman from the United States, to write about a very different culture. Ms. Cummins, like me, is an American. She has an Hispanic heritage but was raised in the States and does not have direct experience of migration. Critics have a strong sense that we tried to “co-opt” another culture. I would argue we are “bridge” people, trying to span the gulf between cultures. 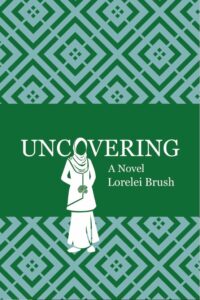 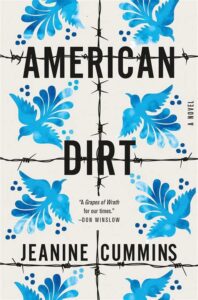 I didn’t invent this label. For example, Krista Tippett used it to describe Katharine Hayhoe in her On Being podcast posted October 22, 2021.[1] Dr. Hayhoe is an atmospheric scientist who is also an evangelical Christian. She has lately been a bridge person on the issue of climate change, talking as a scientist with evangelical Christians about the reality of this phenomenon. She began by presenting lots of climate data to small groups of evangelicals and then asking for questions. There were lots of questions. And after each talk, she revised her presentation to incorporate responses to the burning questions. Eventually she came to realize her audience yearned for hope, that they wanted to know that their world was not crumbling, that through God’s work, it would survive. By deeply listening, she has been able to engage her audience and see them come to understand there is hope—and climate change is real.

I, too, have experience as a bridge person. In the 1980’s, I worked with the Head Start program as they converted their grant-making process from paper to online. I talked at length—and deeply listened—to the regional managers of programs to see what they wanted from the reports generated by this new system. And I talked with the computer programmers in my office, who had little sense of the issues for managers of this program for preschool-aged children. I helped ensure that the computer-generated reports to managers answered their questions in language they understood.

Why Bridge People are Important in Writing

Writing a novel makes any author a bridge person. We invent characters different from ourselves in a number of ways, such as gender, personality, family background, and age. We might also venture into more controversial areas such as sexual orientation and culture. If someone argues with my right to bridge the culture of the U.S. and Pakistan, I often ask where they’d draw their line of differences. Which ones are legitimate for authors to bridge and which are not? I suggest that two criteria help us judge the appropriateness of crossing boundaries:

I am thankful for my reviewers from the Pakistani culture and also those who validated the health information I presented, the reactions of the male characters, and so forth. I like to think that we bridge people provide a service, introducing another side, another view of a culture to our readers, one that enlarges their understanding of a people they don’t directly know.

But I also understand the tremendous importance of supporting writers from these other cultures as they fight their way to publication. In no way do I wish to stand in the way of those underrepresented authors getting their books into the stream of American literature. There is a great need for these voices to be heard, and I’d argue, for bridge people to help in mutual understanding.