Before researching my father’s assignments as a member of the Office of Strategic Services (OSS), Secret Intelligence Branch, I believed I was going to write a book about one of those classic heroes, a person who appears normal on the surface but reveals impressive powers. I imagined my dad had shown incredible physical courage, breathtaking ingenuity, a fearlessness in the face of threat, moral integrity and self-sacrifice. After all, that’s what he’d told my brother and me about his exploits when we were children. I was about to reveal my dad as an inspiration to the thousands who would read my book about him. It was an opportunity to write a spy story in the shadow of Frederick Forsyth, John Le Carre, and Ian Fleming.

But, as I’ve described in previous blog posts, that isn’t the war record I uncovered. My dad was more of a cypher than a sword-wielding hero. When he was in London in 1944, he made sure other OSS agents had the supplies they needed and appropriate travel arrangements, that their assignments were clear to them, and that there was coordination among branches about operations. Later, in 1945, he was in charge of microfilming German-confiscated documents. Not the actions of a superhero. 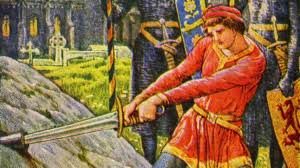 Of course, within the literary world there are many types of heroes. It looked like I needed to scale down my aspirations. I certainly wouldn’t elevate him to an epic hero, with otherworldly heroic qualities, like Achilles in The Iliad, or King Arthur and some of those Knights on the Round Table. He wasn’t qualifying for the status of tragic hero in the pattern of Oedipus or Hamlet. For one, he came back from the war alive and unharmed. And he certainly wasn’t a Byronic hero, who questions the norms of society and is socially alienated. Dad was working to return the world to its old norms of human freedoms and decency. No, he’d have to be an everyman hero.

As Rebecca Ray writes in “Types of Heroes in Literature,” (1)

Everyman heroes are ordinary people without any apparent heroic qualities or characteristics. They are underdogs placed in extraordinary circumstances that force them to act heroically. Though lacking inherent heroic qualities, everyman character types often have a strong moral compass and act with extreme selflessness. 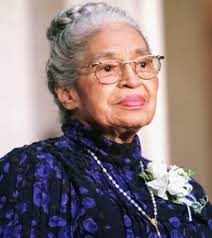 This type of hero is also sometimes called The Willing Hero (2). An article by the New York Book Editors entitled “6 Types of Heroes You Need in Your Story” describes this character as:

This list describes my dad to a T. I think that’s why his life made him so angry: it didn’t provide him with any dangerous opportunities with their chances to show just what he was capable of. By inventing a new life for him in the 1950’s, one that dropped a perfect opportunity into his dull life, I had the power to offer him another chance at heroism. And in that diversion of his energies into an “everyman” type of hero, I made him the father I wish I’d had.

Chasing the American Dream is currently available from the publisher or online at: