In Chasing the American Dream, a key event is the government’s harsh response to the protagonist, David Svehla. When David exposes an ex-Nazi scientist, the press accuses him of being a Communist. Some readers have been curious whether these sorts of accusations actually happened in the early and mid-1950’s. The answer is yes, they did, largely due to the activities of the Federal Bureau of Investigation (FBI) under J. Edgar Hoover. He was a rabid anti-Communist, determined to eradicate Americans with such views from the U.S. Government, using whatever measures were necessary. Though there is no doubt that Communist infiltrators or agents existed in the U.S., Hoover went overboard, using problematic or even illegal means to find and eliminate them.

At that time in our history, the FBI was a popular agency and Congressional oversight did not exist. A series of executive orders gave the agency significant investigative power, allowing it to check into any activities it deemed a threat to national security. Hoover’s agents compiled extensive lists of potentially dangerous people, starting as early as 1939. By 1954, according to Ellen Schrecker’s research, the FBI had identified over 26,000. In Hoover’s estimation, he had the authority to investigate anyone for whom “derogatory information turned up in their personnel file.”

Hoover and the Red Scare

Schrecker tells one story of her sixth-grade teacher. Here is her description:

A large, shaggy man with the gift of transforming daily life into a learning experience, he got a class of self-involved preadolescent girls interested in chemistry by having us make lipstick and we worshipped him for taking us seriously, as few adults did. Suddenly, one day in 1953, he was gone. Since he lived nearby I and my friends visited him often and knew that he was having trouble finding a job. But none of the adults talked about why he was no longer teaching at Oak Lane, at least not to us.” (page ix) 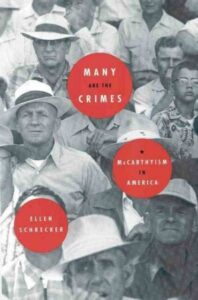 She believed that someone fingered him as having a Communist affiliation.

A second example is Norman Cazden, an assistant professor of music at the University of Illinois. One day he was invited to the president’s office, shown an anonymous typewritten document that alleged he had been associated with a suspicious organization. Though he was a fine scholar and teacher destined for tenure, his contract was not renewed.

It was through such allegations, “blind” memoranda that could not be traced to a source, and the release of information from anonymous “sources” to the press that Hoover was able to arrange the dismissals of over 800 people. To identify these problematic individuals, FBI agents were known to rifle trash, intercept mail, plant illegal microphones and wire taps, and resort to illegal entry.

So, what happened to those 800 individuals? As was true for David Svehla, the two examples cited from Schrecker’s book, and many others, they lost their jobs and scraped by, often unable to find other employment. Sometimes a spouse’s job was threatened. Courtney Cazden, for example, the wife or the University of Illinois professor, faced the potential loss of her teaching job because of her husband’s supposed activities. 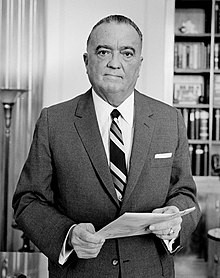 This is exactly the sort of situation that is perfect for an historical novel. In my case, I set my protagonist in the middle of a messy controversy that was sure to be noticed by Hoover and his FBI. Then I played out the consequences.

If you enjoyed Chasing the American Dream, please write a review—or even just rate the book—on Amazon and Goodreads. All of us authors are taken more seriously if we have 50 or more reviews online. And I do wish to be taken seriously!

(1) Much of the data in this blog comes from Ellen Schrecker, Many are the Crimes: McCarthyism in America. New York: Little, Brown and Company, 1988.